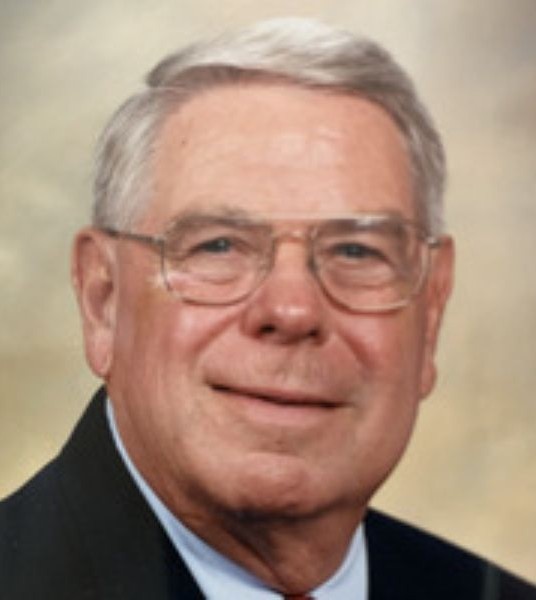 Ray was born in Portsmouth, Ohio, September 4, 1933, and graduated from Portsmouth H.S., Class of 1951, where he was an all-state linebacker. He initially attended Murray State University on scholarship and graduated from University of Mississippi, Class of 1958. A proud U.S. Army veteran, Ray spent much of his adult life in Columbus, Ohio, and Princeton, KY, where he was a member of the Eddyville United Methodist Church. He was initiated as a Master Mason into York Lodge, #563 F.&A.M. in 1965. He was a 32nd degree Mason and a member of Aladdin Temple Shrine.

Ray was a loving and devoted son, husband, father, PaPa and G-Pa. He touched so many people’s lives with his kind-hearted, loving personality. He rarely met a stranger and most departed his company as a friend. Ray selflessly gave his time, energy, and compassion to all he encountered.

Ray retired from Landmark/Countrymark after 31 years. Upon his retirement, he and Robbie moved to Lyon County, KY, on Barkley Lake, and later moved to Princeton, KY. They made many friends, and he will be missed by his golf and poker buddies at the Princeton Country Club. Ray was a long-time board member of the Northland Swim Club, serving as President and Treasurer. For many years, Ray led the chain gang at Northland High School football games and continued long after his children had graduated. An avid golfer, Ray enjoyed spending time with his friends on the links but was most happy sharing a round with his sons. A lifelong fan of the Ohio State Buckeyes and Cleveland Browns, Ray passed on his love of football and the Buckeyes onto his children, grandchildren, and even his great grandchildren. We will always cherish the memory of his welcoming smile, big hugs and unwavering kindness. He has gained his angel wings and our unwavering faith tells us we will someday feel his embrace again.

Family will receive friends for a Celebration of his Life on SATURDAY, AUGUST 6, 2022 at the TIDD FUNERAL HOME, DUBLIN-PLAIN CITY CHAPEL, 9720 S.R. 161, Plain City, OH 43064 (614)-733-0080. Family will greet friends from 4:00p.m.-5:00p.m. with the Celebration to begin at 5:00p.m. Family will also greet friends after the service until 7:00p.m. Family burial will be held at a later date. In lieu of flowers, memorial contributions may be sent to the Alzheimer’s Association, Central Ohio Chapter, 1379 Dublin Road, Columbus, OH 43215 or online at www.alz.org in Ray’s name. To share memories or condolences, please visit www.tiddfuneralhomes.com.

To send flowers to the family in memory of Raymond "Ray" Lewis Bauer, Jr, please visit our flower store.

Celebration of Life Service will begin at 5:00p.m.

A Reception will follow the service at the Funeral Home.