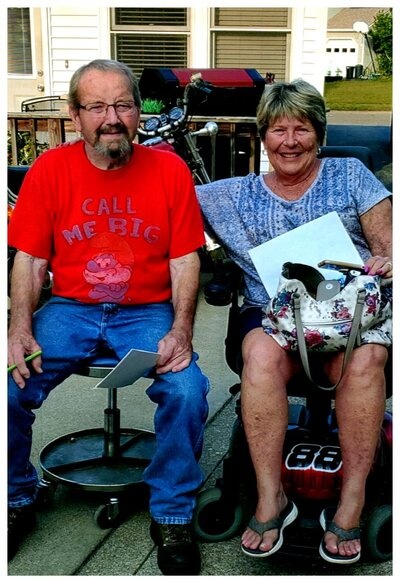 Norman A. Mullet, 78, of Hilliard, Ohio, formerly of Plain City,

died Sunday, September 27,2020 in his home surrounded by his

loving family after a ten-year battle with prostate cancer. Norm

humor. He loved Jesus Christ, his family, and especially enjoyed

more than 16 years, he was passionate about racing

quarter-midget cars and then stock cars with his son Ethan. He

country, and early rock n roll. A self-taught guitar player, he and

his brothers would often play their music at local events.

A general contractor by trade for the largest part of his life, there

are many examples of his creative, fine artisanship in several

restaurants, hotels, homes, and businesses in Ohio and

The family is so thankful to the many family, friends and

neighbors for their love, prayers, food, caregiving, and cards of

encouragement to him during his long battle. A special thank you

service will be held 11 am Thursday with Pastor Ken Harrell

officiating. Please deliver all flowers to the church.

To send flowers to the family in memory of Norman Mullet, please visit our flower store.