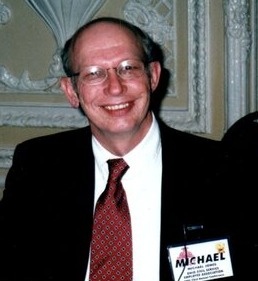 Michael J. Jones, age 72, passed away on November 13, 2021 in Dublin, Ohio.  He was born in 1949 in Columbus, Ohio and graduated from West Jefferson High School in 1967.  Later, he graduated from Ohio State with his bachelor’s degree after serving his country in Vietnam with the U.S. Army.  Mike returned to Ohio State in 1985 for his master’s degree in human resource development, which became his professional affiliation throughout his career.

Mike loved his family and was unceasingly loyal, generous, and supportive to his close friends.  He had a humble and giving spirit, always seeking to do what was right to serve others, even though he might have to sacrifice his own personal comfort to make that happen.  On several occasions in his life, Mike stepped forward to care for a family member who was in dire need of comfort.

Mike worked as a production employee for several years at the General Motors Fisher-Guide plant on the west side of Columbus, then later transitioned to serving as the joint GM-UAW training coordinator.  Upon completing his master’s degree, Mike worked for the Kenworth Truck Company in Chillicothe as the plant manager of human resource development, where he implemented many innovative training programs that benefited both the workers and the organization.  Finally, he took a position as director of education with the Ohio Civil Service Employees Association, where he had the opportunity to develop programs that would impact the lives of thousands of state employees who sought to further their career opportunities through training and educational programs.

Mike was a strong believer in continuous learning and he exhibited that belief in his various professional accomplishments.  By nature, Mike was a natural teacher, imparting lessons of importance both in the corporate classroom and also in more subtle ways in his every day relationships with family and friends around him.  The manner in which he conducted himself at the end of his life, succumbing to complications of liver cancer, is a testament to his belief that serving others and being a positive role model is always the best path forward, and the best teacher.

He was passionate about Ohio State football, attending almost every home game for the past thirty years.

He was preceded in death by his parents George and Dorothy (Ailiff) Jones, grandparents Clarence and Ada (Adair) Jones and Troy and Fannie (Damron) Ailiff and his brother Paul Thomas Jones.

Family will receive friends from 5:00-7:00p.m. THURSDAY at the TIDD FUNERAL HOME, DUBLIN-PLAIN CITY CHAPEL, 9720 State Route 161, Plain City, OH 43064 (614)-733-0800 where his Funeral Service will be held 11:00a.m. FRIDAY, NOVEMBER 19, 2021 with Linda Sue Pratt officiating the service. Burial will follow at Forest Grove Cemetery, Plain City, OH. Please visit www.tiddfuneralhomes.com to share your favorite memories of Mike and to send your condolences to the family.

To send flowers to the family in memory of Michael J. Jones, please visit our flower store.