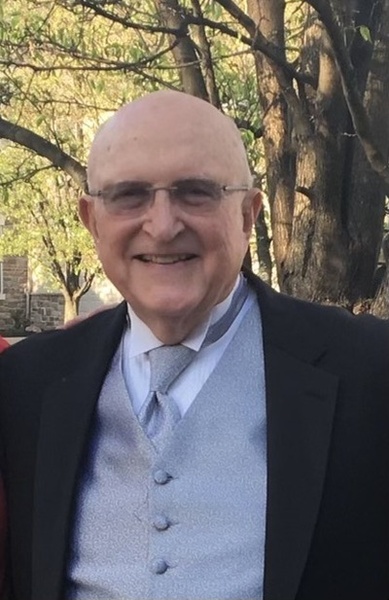 Henry (Hank) Anthony Mesewicz – a friend to all, died peaceful on Sunday, September 19, 2021 with his loving wife and three children by his side in their home in Dublin, Ohio.

Hank was born on July 26, 1938 in Chicago, Illinois to Henry Stephen Mesewicz and Helen Lillian Gricus Mesewicz.  He graduated from Riverside Brookfield high school in Downers Grove, IL in 1956.  He also attended college at the University of Northern Illinois.

Hank retired from ServiceMaster Industries in 2005 after 40 years of service as a Contract Manager.

Hank was happily married to Bernadine Widrig Mesewicz where they raised their family in Newark, Ohio and spent the last 25 years in Dublin, Ohio to be near their children and grandchildren. On August 1, 2021, they celebrated 57 glorious years together. Preceded in death by parents Henry and Helen Mesewicz.

Hank was a very spiritual servant to God devoting his time to St Brigid of Kildare Catholic church and involved in various clubs including; 55+ club, choir, Knight of Columbus and a Eucharistic Minister.  He was involved in Meals on Wheels, Wood Workers Club of Ohio, DCSC Golf League.  He was avid Ohio State University Fan, enjoying season tickets to Men’s Basketball.

Family and friends are invited to celebrate Hank’s life during the visitation at TIDD FAMILY FUNERAL HOME-PLAIN CITY/DUBLIN CHAPEL on Wednesday, September 22, 2021 between 5-7pm located at 9720 OH-161, Plain City, OH 43064. A Mass of Christian burial will be held 11 am on Thursday, September 23, 2021 at St Brigid of Kildare located at 7179 Avery Road, Dublin, OH 43017. Interment Resurrection Cemetery.

In lieu of flowers, the family suggest donation to the St Brigid of Kildare Catholic School endowment fund.

To send flowers to the family in memory of Henry Mesewicz, please visit our flower store.