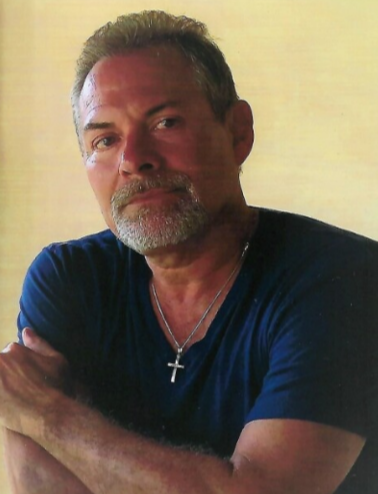 Gregg Hanner, age 60, a resident of Hilliard, Ohio, passed away peacefully at his home on February 18, 2021 supported by loving family and friends, both in person and virtually.

Gregg was born February 20, 1960 in Arlington Heights, Illinois to Barbara (nee: Andree) and Emil Hanner and older brother Jerry, who was deeply suspicious of the new interloper.  Over time, Gregg and Jerry grew to tolerate each other’s presence and occasionally pretended to like one another.

Gregg graduated from St. Viator High School in Arlington Heights and obtained his B.S. degree from Lawrence University in Appleton, Wisconsin, majoring in Economics.  From there, he entered the real estate development business and settled in the Columbus, Ohio area, ultimately founding and running CEG Development.  In 2008, he discovered the love of his life, Amy Goebel and they married on December 1, 2012 in Dublin, Ohio.  After marrying, Gregg and Amy embarked on a wonderful life together, traveling to overseas destinations too numerous to mention and making countless memories.  Most family and friends considered that in marrying Amy, Gregg got the better end of the deal.

Gregg loved landscaping, fishing and arguing, mostly about politics and economic theory.  He landscaped every house he owned, and fished where he could, mostly in Spooner, Wisconsin from when he was a young boy but also with his grandson, Landon, in Ohio.  He loved the Goebel family farm in Crooksville.

Family and friends may visit to pay respects at Tidd Funeral Home, Dublin-Plain City Chapel, 9720 State Route 161, Plain City, Ohio 43064 from 5pm-8pm on Monday, February 22 with Rosary being recited at 5:30 PM led by Deacon Mark Weiner.  Mass of Christian Burial will be celebrated at St. Brigid of Kildare Catholic Church, 7179 Avery Road, Dublin, Ohio at 11am on Tuesday, February 23, 2021 with The Rev. Monsignor Joseph M. Hendricks, Celebrant.  Due to the Covid-19 Pandemic, social distancing will be observed and guests are required to wear a facial covering at all times while at the Funeral Home and the church. The funeral mass will be live-streamed at the following link: https://www.youtube.com/user/SBOK7175.  Gregg will be laid to rest at Resurrection Cemetery, 9571 N. High Street, Lewis Center, Ohio.

To send flowers to the family in memory of Gregg Hanner, please visit our flower store.

Mass of a Christian Burial