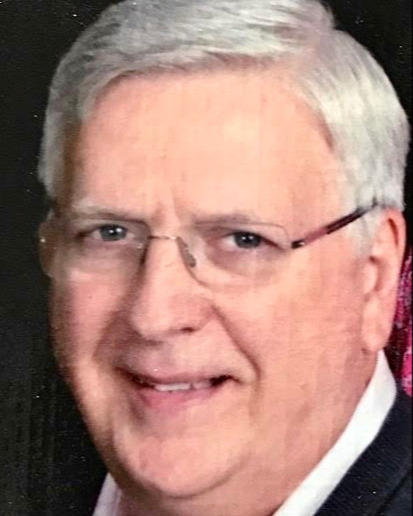 Donald Ray Warehime, Jr. age 78, of Dublin, OH died peacefully at home on October 17, 2022 after a long battle with cancer. He was born on April 28, 1944 in Point Pleasant, WV the son of the late Donald Ray Warehime, Sr. and Mary Louise (Jones) Warehime.

Don was a graduate of Kyger Creek High School, University of Rio Grande (1972) and the Cincinnati College of Mortuary Science (1974).

A native of Gallipolis, where he began his 30-year career in funeral service, Don was actively involved in the Jaycees, Kiwanis Club, Chamber of Commerce and First Presbyterian Church.

Don later became the owner and funeral director, with his wife Judy, of Emerson-Newkirk-Warehime Funeral Home in Kirkersville. For 18 years, Don dedicated his professional life by caring for and comforting families in southwest Licking County and the greater Buckeye Lake area. During this time Don supported these communities as a member of the Kirkersville Lions Club, Kirkersville Village Councilman, Kirkersville United Methodist Church, Hebron Lions Club, and Hebron Lodge #116, F&AM.

Don finished his funeral service career as a pre-need specialist in the Dayton and Columbus areas. Throughout his career he was a member of the OFDA and NFDA.

A dedicated husband, father, papa, brother and friend, Don enjoyed hobbies of photography, genealogy, fly-fishing, bird watching, furniture restoration, music, history, and traveling with Judy. His most cherished trip was an African safari. A gift Don shared with all he met was his wonderful sense of humor that would come out of nowhere and at any time.

Don served as a deacon and an elder as a member of the DUBLIN PRESBYTERIAN CHURCH, 5775 Dublinshire Drive, Dublin, Ohio 43017 where a Celebration of Life service will be held SATURDAY, NOVEMBER 5, 2022 at 2:00 PM. The family will receive guests following the service.

A private burial will be at Mound Hill Cemetery in Gallipolis.

To send flowers to the family in memory of Donald Ray Warehime, Jr., please visit our flower store.

Family will greet friends after the service at the church. Private family burial will be held at Mound Hill Cemetery, Gallipolis, Ohio.