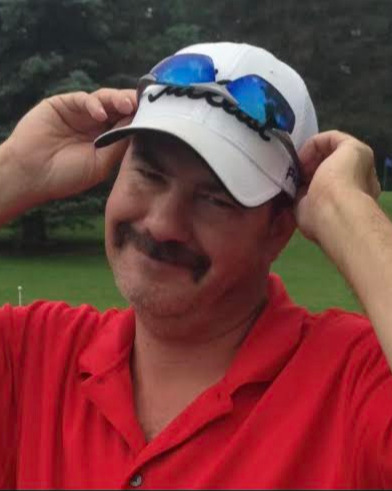 It is with heavy hearts that we must say goodbye to a wonderful Father, Son, Husband, Brother, Uncle, Papaw, and Friend.

Charles “Charlie”Hoke, of Hilliard, left this beautiful Earth on November 22, 2022 at the age of 51.

Charlie had a heart of gold and touched every single person he met. He could light up a room with his smile and make everyone belly laugh from his sarcasm.

Lifelong friendships began at a young age in the neighborhood he grew up in with his parents and four siblings. His list of friends expanded when he transferred to Jonathan Alder High School, where he graduated in ‘89. A few years after graduation, he began his career at Honda of America in Marysville, where he lived many years raising his girls and cultivating friendships. Charlie was well liked everywhere he went, and was never short on friends.

His fondness of sports started at a young age. You could always see him playing baseball, basketball, and softball in his younger years. As he got older, his interests shifted from golfing, hunting, and 4-wheeling, to cooking, canning, gardening and bee keeping. Though some interests changed, his love for “That Team up North” never did. He was a Michigan fan through and through.

He finally married his forever soulmate Laura, in 2017. Charlie and Laura enjoyed traveling. They spent time fishing, cooking, being outdoors, and simply enjoying each other’s company. You could find them at Menards, having a beer at one of the casinos, or simply grabbing a pizza to take home to enjoy.

Family and friends will be received at Tidd Funeral home located at 9720 OH-161, Plain City, OH 43064 on December 2, 2022 from 3 pm to 6 pm. A celebration of life will immediately follow. In lieu of flowers, donations can be made to the Hilliard Food Pantry or The Heart Foundation in Charlie’s name.

To send flowers to the family in memory of Charles Hoke, please visit our flower store.