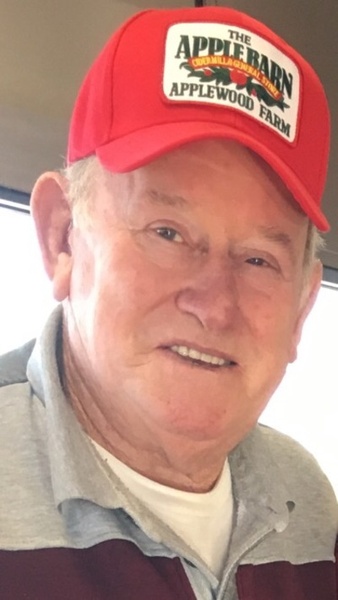 Charles “Gene” Hicks, age 83 of Hilliard, OH passed away Friday evening, January 8, 2021 at Riverside Methodist Hospital. He was born December 2, 1937 in Brown Township - Hilliard, OH. Gene was an active, dedicated member and trustee of the Cornerstone Church of Christ in Christian Union, in Plain City, OH. In his younger years, Gene worked at Hayden Elevator, as well as for Brown Township. He then spent many years working for UPS where he retired after 31 years of service. In his retirement, Gene served as a bus aide for the Hilliard City School District. He loved spending time with his wife, children, grandchildren and great-grandchildren. He was a friend to all who knew him. His unwavering love for his family and the Lord guided him through his life.  Gene was preceded in death by his parents: Arbie and Lottie (Holbrook) Hicks; brothers: Ray Hicks and William Hicks; sisters: Ruby Mae (Hicks) Phillips and Minnie (Hicks) Scarberry. Gene is survived by wife of 64 years: Mildred (DeBord) Hicks of Hilliard; daughters: Debbie (Bill) Claytor of Hilliard and Melissa (Tim) Diley of Elgin, OK; grandchildren: Scott Barnett (Missy Lowe) of Pickerington, Kristina (Josh) Bope of Hilliard and Jessica Diley of Elgin, OK; great-grandchildren: Joey and Millie Bope of Hilliard; brother: Eddie (Thelma) Hicks of Plain City; sister: Carol (Clifford) Bailey of Crooksville. Gene’s family will receive friends and family from 2-4pm and 6-8pm on Wednesday, January 13th at Tidd Funeral Home, 9720 St Rte 161, Plain City. The funeral will be Thursday, January 14, 2021, and will also be held at Tidd Funeral Home in Plain City at 11am with Pastors Mark Barth and Phil Conrad officiating. Interment Big Darby Cemetery, Plain City, OH. In lieu of flowers, contributions may be made to the Cornerstone Church of Christ in Christian Union.

To send flowers to the family in memory of Charles Hicks, please visit our flower store.