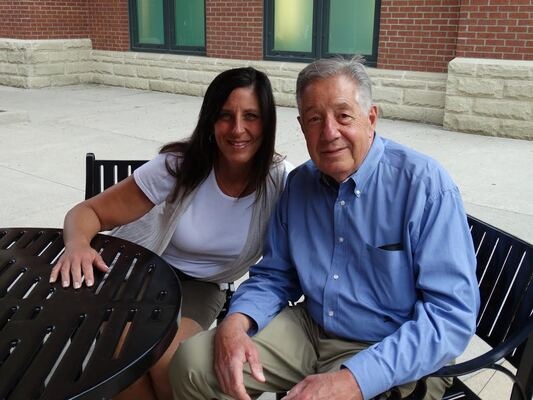 Alfred O. Malfatt, resided in Dublin, Ohio and Bonita Springs, Florida, passed away on December 25, 2020 at Sunrise Senior Living of Dublin from Lewy Body Dementia and Parkinson‘s disease. He was 76 years old. Al was born June 11, 1944 in Fresno, California and is survived by his wife, Alice (Takacs). They were married for 55 years and have three children, Kimberly Jackson (Patrick), Allison Coho (David), and Michael Malfatto (Carrie). They have six grandchildren, Megan and Erinn Jackson, Caden and Collin Coho, Ian and Dane Malfatto, and great granddaughter, Harper Raines. His brother, Ronald Malfatt, of La Grangeville, NY, and many nieces and nephews in New Jersey, Idaho and California, also survive him. His brother, Bruce Malfatt of Emmet, Idaho, predeceases him.

Al graduated from New Brunswick High School in 1962, initially attended Rutgers University, and graduated from The New Jersey Institute of Technology with a BS in Chemical Engineering. He began his career with Union Carbide Corporation in Bound Brook, NJ. He later became the Vice President of Unison Corp., a division of Union Carbide, and moved his family to Columbus, Ohio. He later retired in 2001 as a senior business manager for Union Carbide in South Charleston, W.VA.

Al was a beloved husband, father and grandfather. He and Alice enjoyed traveling to Italy, Spain and Mexico, but especially loved family beach vacations to North Carolina. Al always enjoyed fly-fishing and hunting, but especially loved deep-sea fishing along the Jersey Shore. He enjoyed coaching soccer and was active as a leader in Boy Scout Troop 299, where with his son, experienced many high adventure trips to Canada, the Appalachian Trail and Philmont Scout Ranch in New Mexico.

The family will receive visitors Saturday, January 2, 2021, from 10:00-11:00 AM at TIDD FUNERAL HOME, PLAIN CITY/DUBLIN CHAPEL, 9720 St. Rt. 161, Plain City, OH. A funeral service will follow with a private family burial at Forest Grove Cemetery. A Celebration of Life will be hosted by the family later in the year.

Memorial Donations may be made to the Alzheimer’s Association online at act.alz.org.

To send flowers to the family in memory of Alfred O. Malfatt, please visit our flower store.